So, there is a need to quickly resize some pictures - for example, scale a bunch of photos to width of 800px (preserving the aspect ratio). And of course we want a Mac OS service for that, so we could just right-click selected pictures and do it.

Well, it’s all the same like it was with in the article “Convert video with service in Mac OS”. Basically, the only thing that is different - the main script. And here it is:

And also change the filter for acceptable files to image files:

Another difference from previous version is that I got rid of crutches for getting filename and extension and instead used getExtension() and getPathWithoutExtension() functions.

The core of the resizing process is sips - a CLI-utility for image processing, and option --resampleWidth 800 resizes given pictures to 800px width (preserving the aspect ratio). Option -s formatOptions high controls the quality and that’s the default value, so you can just delete it - result will be the same.

Save the service and that’s it, now it is available in Finder under right-click menu for pictures: 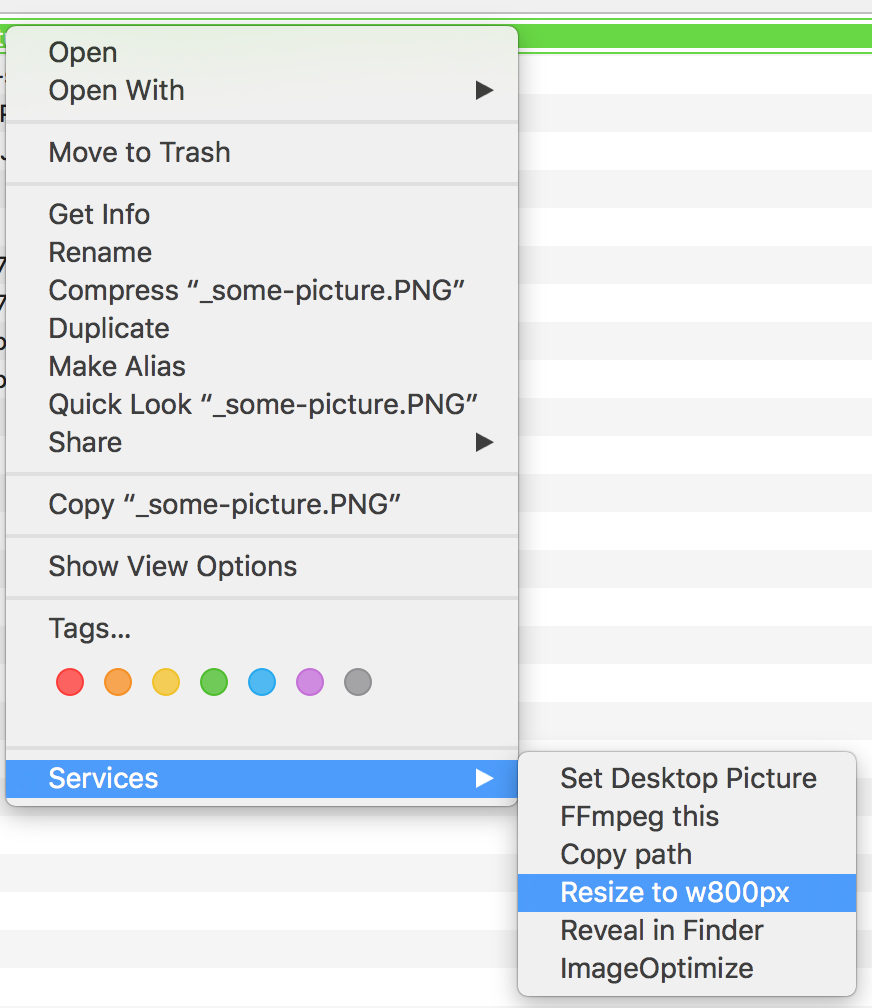 …By the way, you could’ve just used a ready-made script from the Automator library. It gives you the same result (and most probably uses sips utility too), but with my custom service you have control over naming and quality settings, so it was still worth creating it.

macosapplescript
Note that even if you sign-in with your e-mail or GitHub, you still won't be subscribed to replies. That is by design of remark42, unfortunately. To get updates about new replies/commends you need to explicitly subscribe to them either via e-mail or RSS.