Some of our users are residing in areas with very slow or/and metered internet connection, so the amount of data transferred is very important to them. And since web servers do support data compression, enabling it can certainly improve the situation for such users. 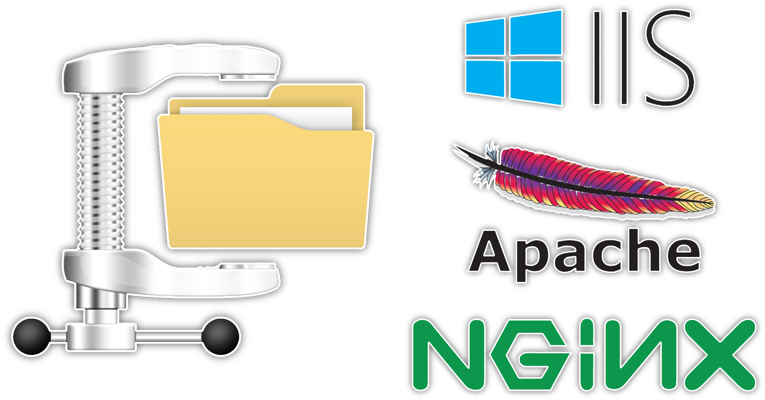 We took IIS, Apache and NGINX and ran some tests to see how compression is configured in each of them and to compare how well do they do it.

The tests were performed on Windows (IIS, Apache and NGINX) and on Linux (Apache and NGINX) servers. The servers hardware was pretty much the same (virtual machines with similar configuration).

The web servers were ran one after another, being binded to the same 80 port.

The data for tests was a web application with Emscripten/WASM and binary data (3D visualization scene and models), 876 MB in total.

How to enable compression

Now open Configuration Editor and edit the following sections there. 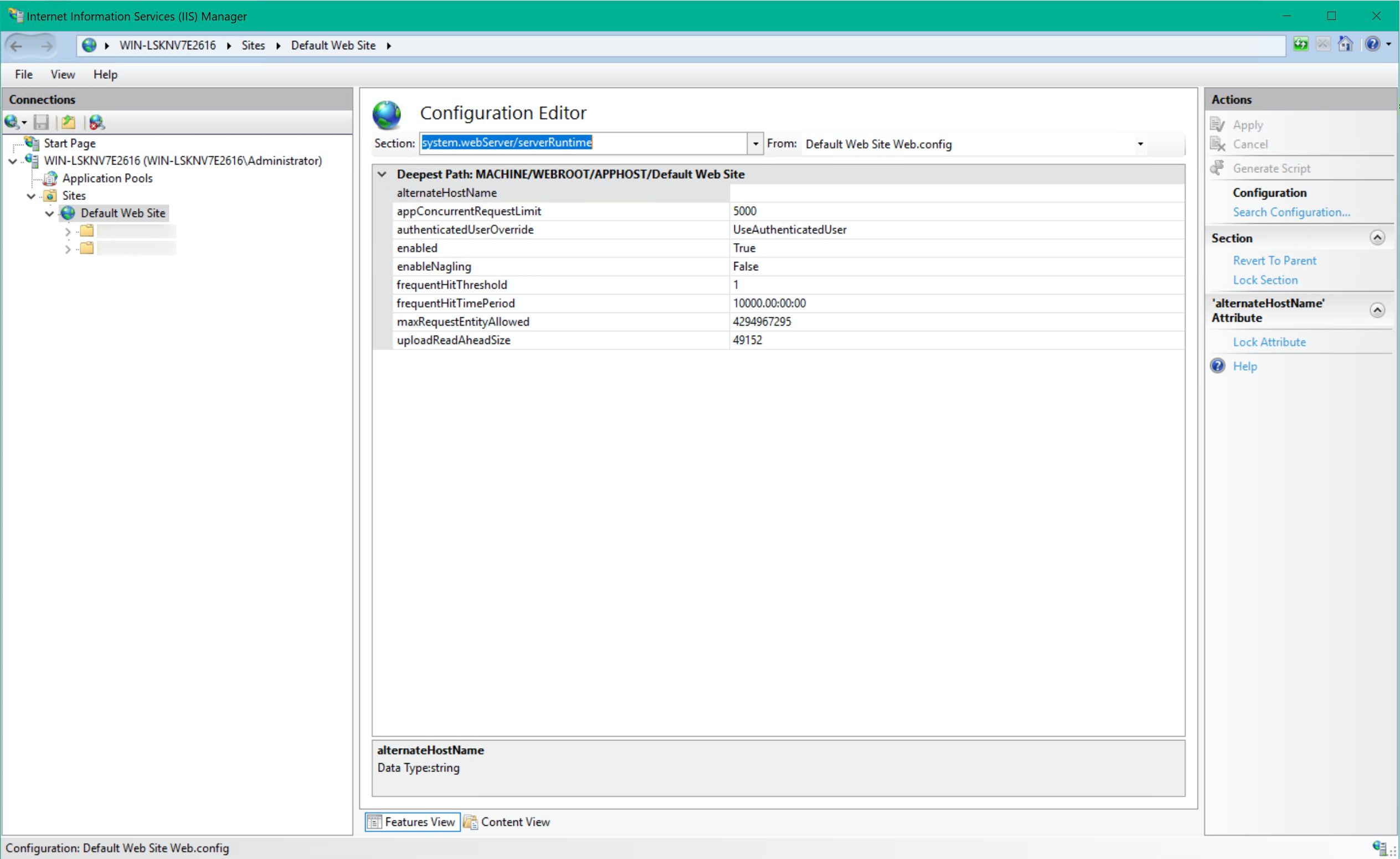 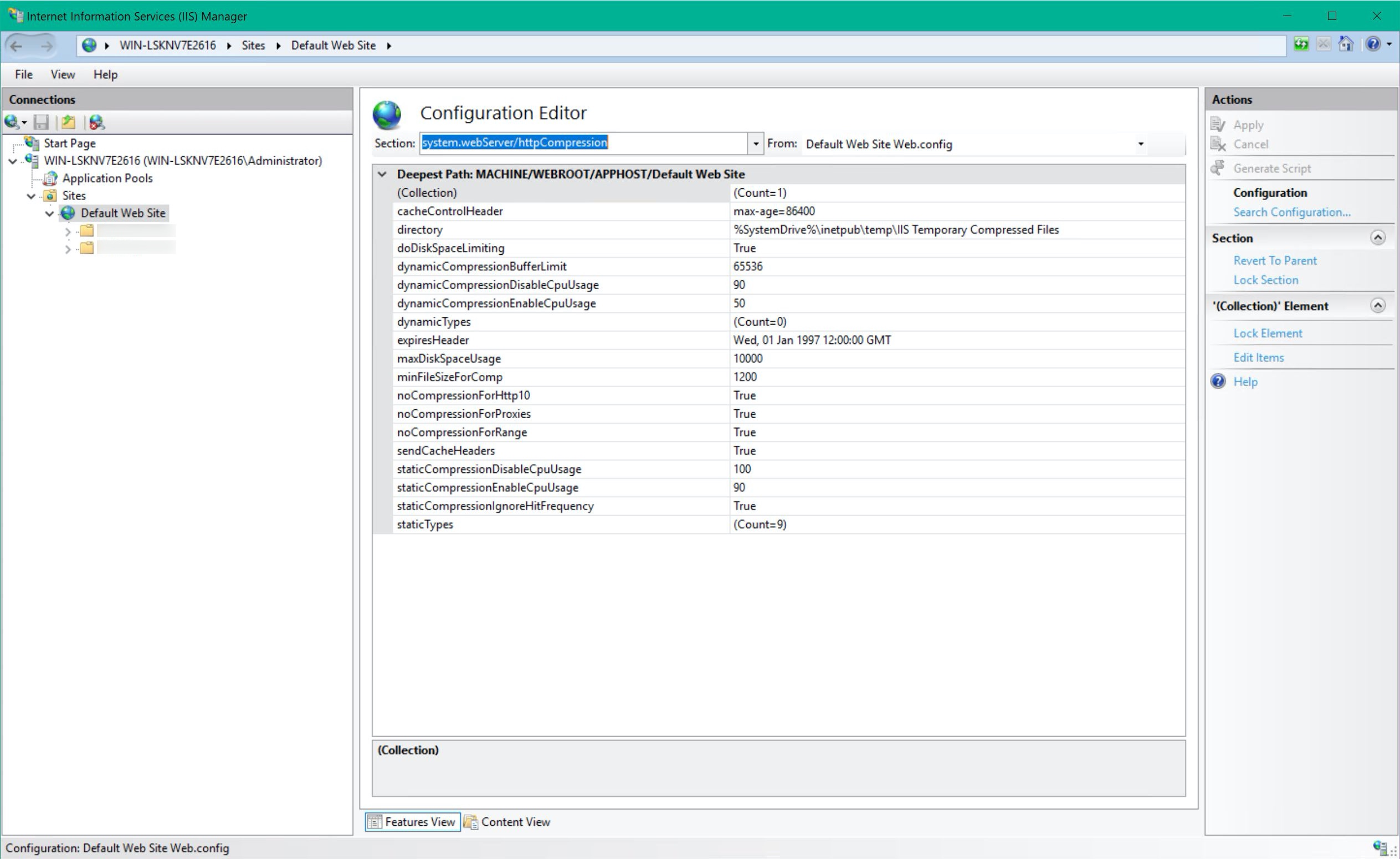 The same configuration can be set directly in the root web.config:

Edit the config (c:\path\to\apache\conf\httpd.conf or /etc/apache2/apache2.conf):

Edit the config (c:\path\to\nginx\conf\nginx.conf or /etc/nginx/nginx.conf):

And mime.types just in case:

The following things were measured:

Just in case, here’s a screenshot of testing in progress: 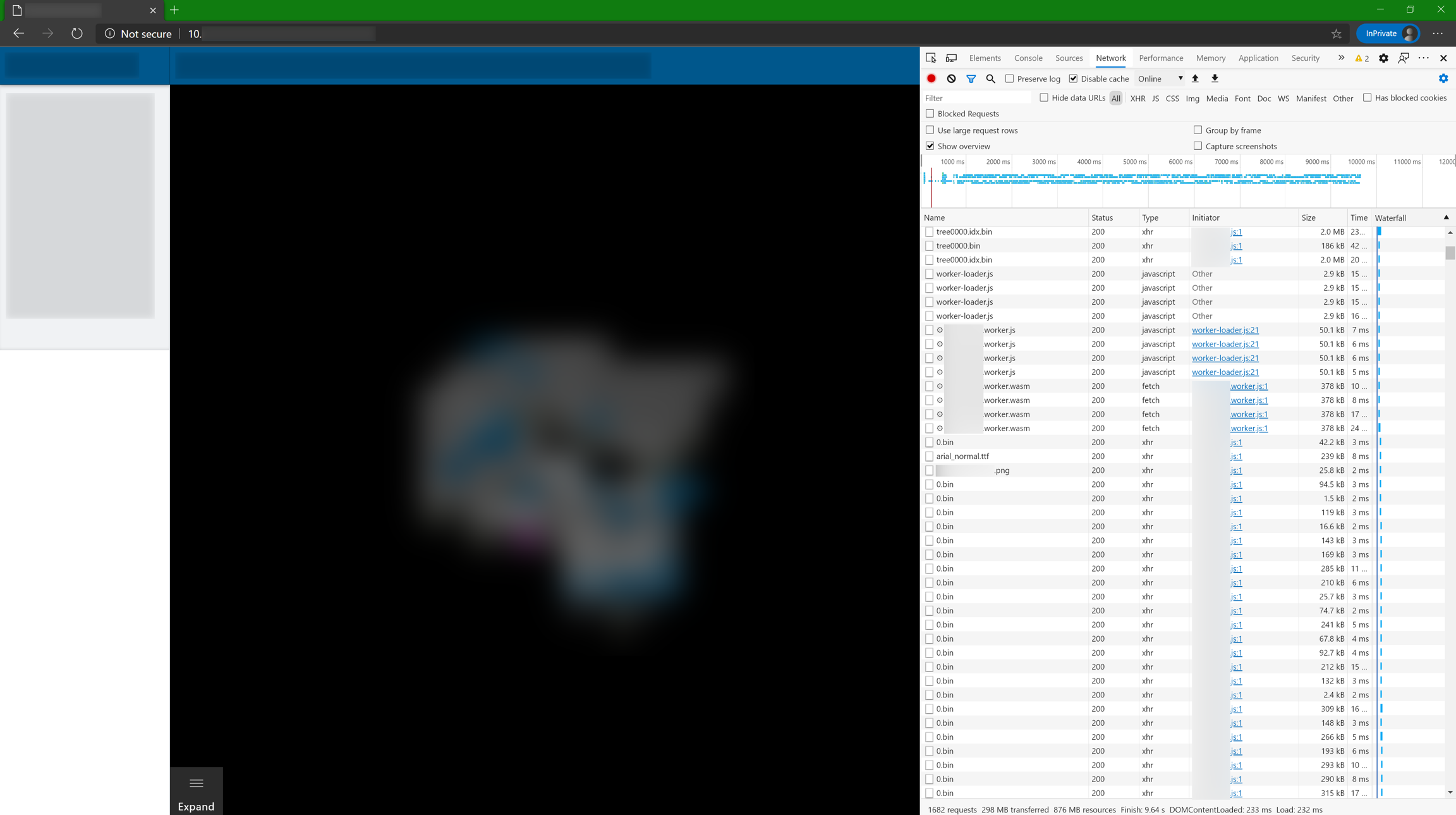 And here goes a single request for binary data: 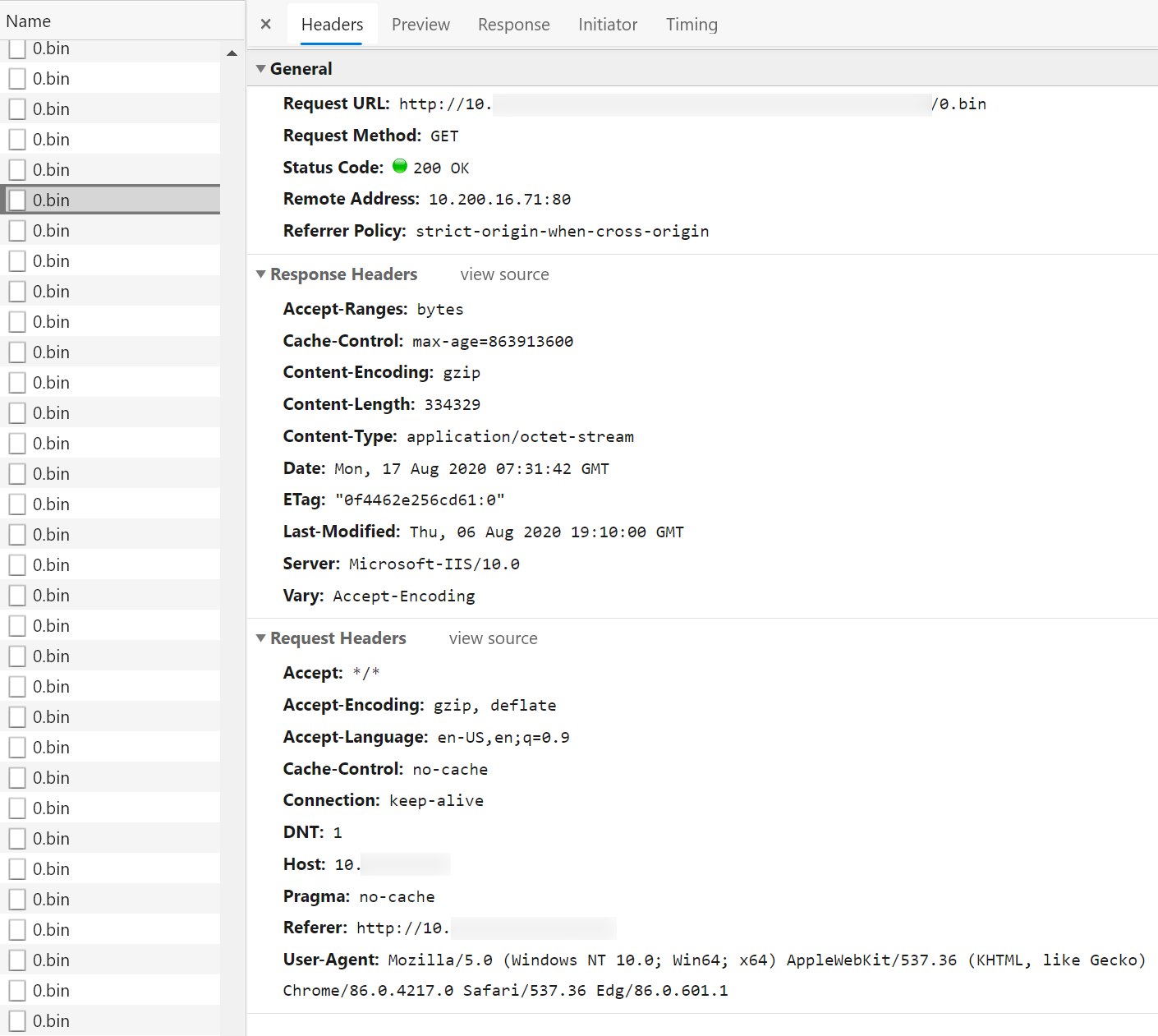 Naturally, you will face a tradeoff between compression ratio and compression time. This is controlled by the compression level: the higher the level, the smaller will be the transferred data, but also the longer it will take to serve the data (though it also depends on the connection speed, the amount of files and the latency) and the higher will be the CPU utilization.

The latter you should definitely keep in mind, as on higher compression levels the CPU load will be very significant, especially when you have a lot of connected clients, and every request needs to be compressed “on the fly”.

While with NGINX and Apache compression level values are fairly easy to find and change, in case of IIS it is a bit more complicated.

You can check it yourself - find the folder specified in system.webServer/httpCompression/directory parameter (default value should be %SystemDrive%\inetpub\temp\IIS Temporary Compressed Files) and watch its contents.

So with IIS the tests were ran twice, in the following manner.

First with clearing the folder with pre-compressed data and restarting the website after each full page load:

And then with generating pre-compressing the data on the first load and taking measurements with pre-compressed data:

No CPU utilization was observed.

And CPU usage was around 28%. That is also very different from what you’ll see later on Linux.

And here comes the difference with Windows. In case of 1 worker, the CPU load is 100% and the results are:

And with 4 workers the CPU load is 75% and the results are:

So either there is a bug with NGINX workers on Windows, or it’s either of the two.

Here’s the final table with everything in one place:

As it turns out, on Windows IIS provides the best results - simply because it compresses the data only once, on first request, and then all the consequent requests get already pre-compressed data, so you have everything: minimal amount of transferred data, faster loading and barely any CPU utilization.

Neither NGINX nor Apache have this, as they compress the data “on the fly” for every request and do not store and re-use already compressed data from previous requests. Even though it is certainly possible to manually compress the data beforehand, that would require some additional effort and further configuration tweaking, while with IIS the whole thing “just works” almost out of the box.

On Linux platform, however, IIS is not present, so the choice is between NGINX and Apache. From the tests results above NGINX has shown a bit higher compression ratio, so if you are after minimizing the transferred data, NGINX might be a better choice for bigger datasets, though I guess the only way to say for sure is by performing your own tests with your particular data.

devopswebwindowslinux
Note that even if you sign-in with your e-mail or GitHub, you still won't be subscribed to replies. That is by design of remark42, unfortunately. To get updates about new replies/commends you need to explicitly subscribe to them either via e-mail or RSS.