Installing Qt for the first time

I saw today a question about installing Qt with the official installer: “What’s the proper configuration or setup in the installation menu? It shows whole bunch of options and I have no idea what to select or deselect”.

Indeed, as I now remember my first time I was installing Qt, for me it also looked completely not-intuitive in regard to what do I need to install and what is what in general. So, here’s an article about it.

If you use Qt under one of the Open Source licenses, installers for you are available here. If you’re a commercial user, then download it from your Qt Account.

Either way, I recommend to use the online installer (and only this one contains components for embedded development, by the way). Of course, feel free to build Qt from sources or use whatever pre-installed packages in your Linux distro (and bravely fight with all the consequences), but us - silly users - we prefer to use convenient and trusted official installer.

Mainly, the installation process, as mentioned above, is merely about the set of components to install. And, in general, you only need to check the corresponding toolchain and the rest is optional, but of course for the fist time the easiest way would be just to install everything.

Here’s some explanation and comments about common components (disregarding the target platform):

And now some specific stuff for Windows, Linux and Mac OS.

Here we have a choice between MinGW or MSVC toolchains. I prefer MinGW (well, actually I never tried MSVC), and for that option you also need to install its runtime from the Tools section.

Here’s the full list of components I usually install on Windows: 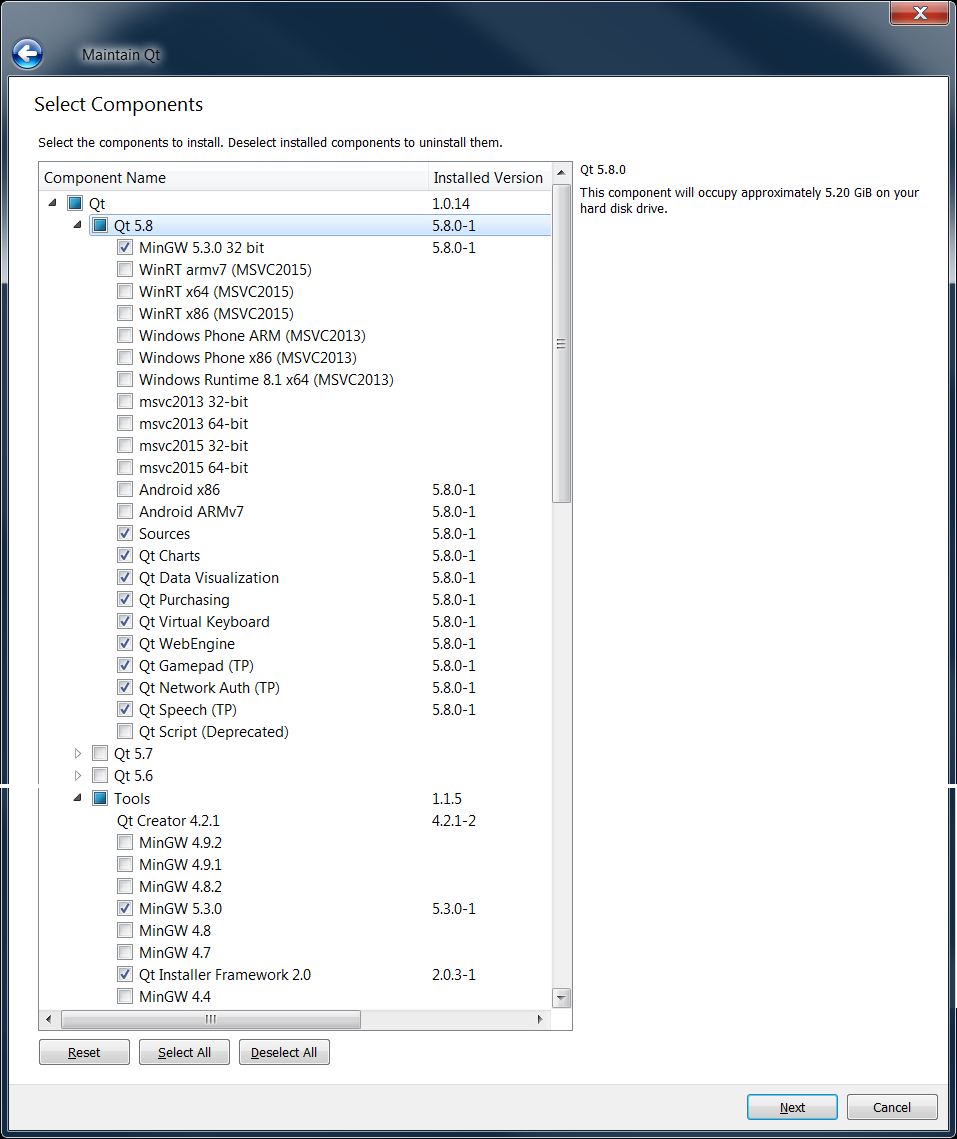 Here we have only the GCC toolchain available, so it’s easy: 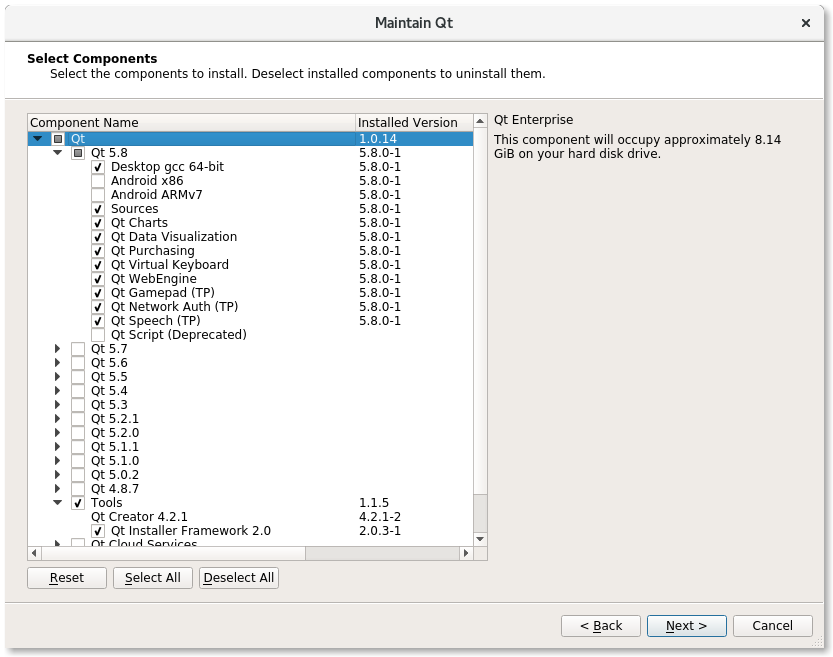 Like with Linux, there is only one toolchain available: 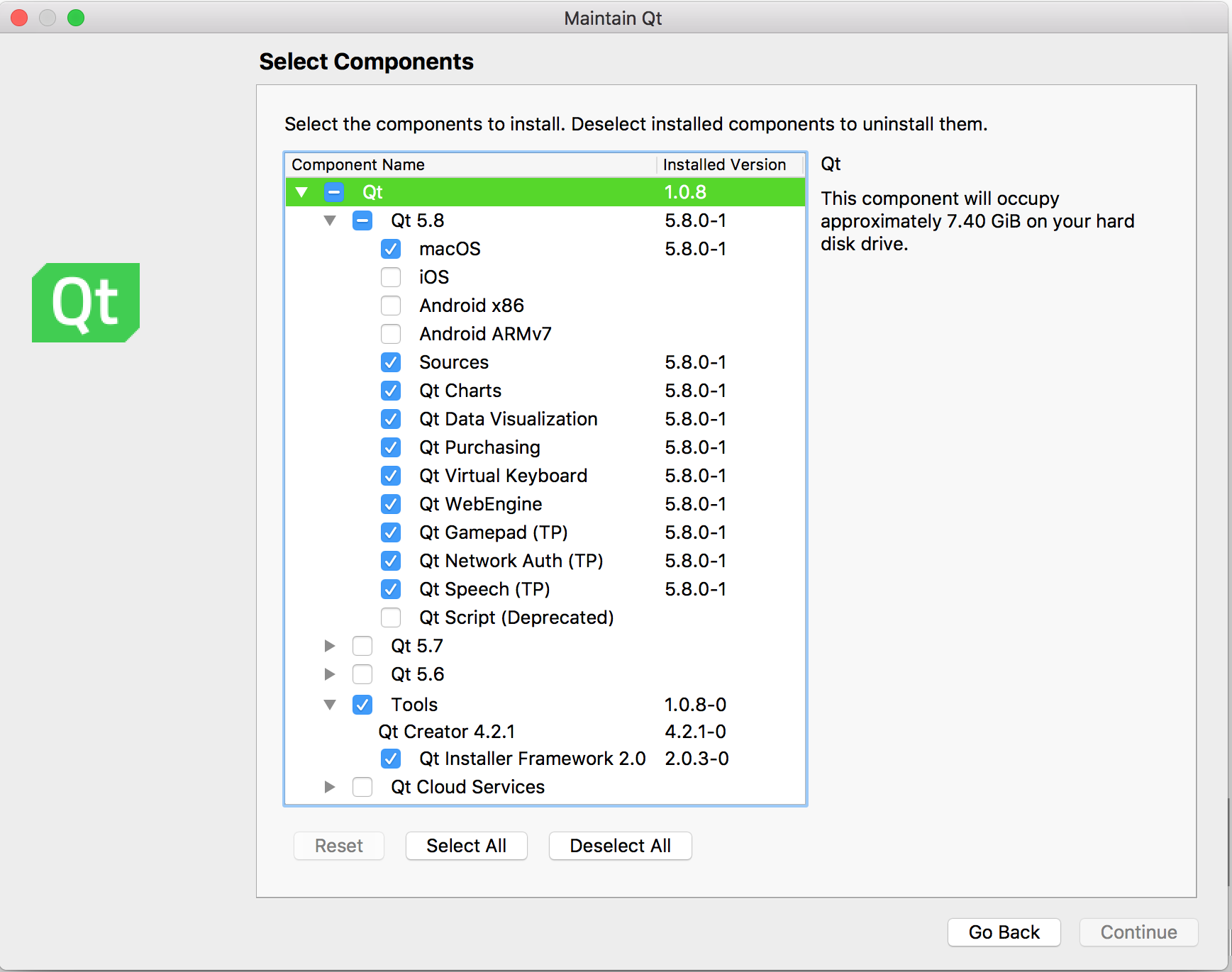 If you want to install tools for embedded development (that’s available only under commercial license), then you need to install everything like for desktop development from above and in addition those components (depending on the device you have): 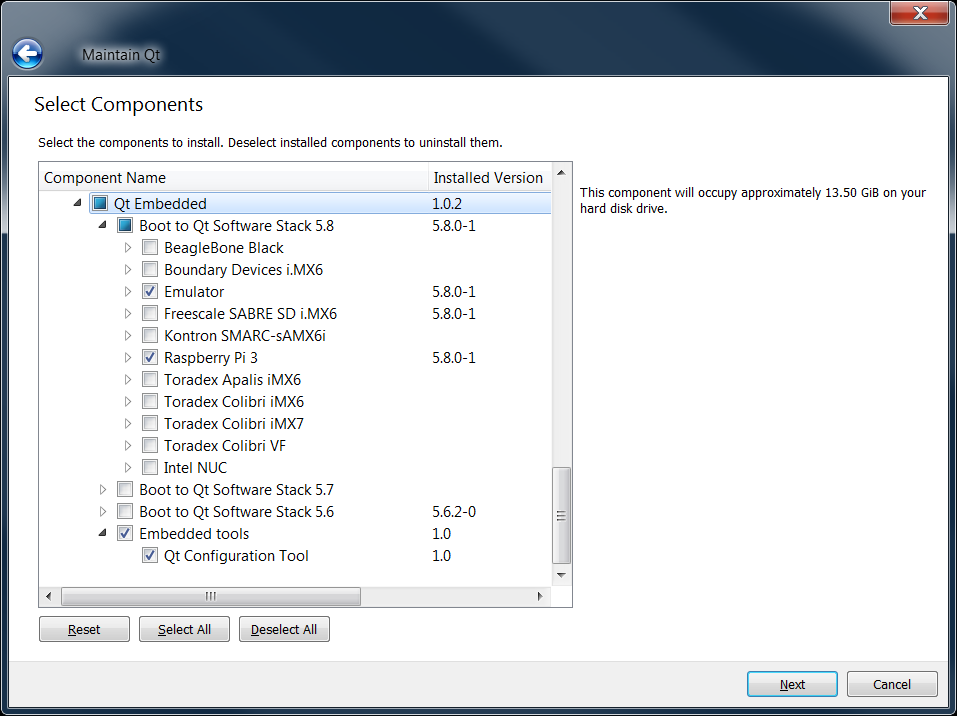 That way you will have cross-compilation toolchains, pre-build Boot to Qt images, emulator and configuration tool (part of so-called Qt Lite).

Here’s an article about using Boot to Qt with Raspberry Pi device.

By the way, embedded stuff is only available for Windows and Linux x64 host-machines at the moment. There is some work ongoing to add this for Mac OS too, but it’s still in progress.

Well, it’s all the same as desktop, but in addition you need to check the corresponding platform (like Android ARMv7) and then install some additional 3rd party SDK tools - but that’s a material for other articles: